Located at Remai Modern museum of modern and contemporary art, Shift’s mission is to tell the stories of Canada’s past, present, and future stories through inventive, regional cuisine.

Shift strives to create a connection between food and place through genuine, contemporary cooking rooted in Canada’s ever-evolving culture and flavours. The menu celebrates Canadian culture while also highlighting familiar dishes of the Prairies.

Shift also aims to showcase our land and our farmers and other producers through the use of homegrown ingredients wherever possible. Strongly influenced by seasonal shifts, our chefs frequently change their menus to highlight the unique conditions and bounties each season brings. 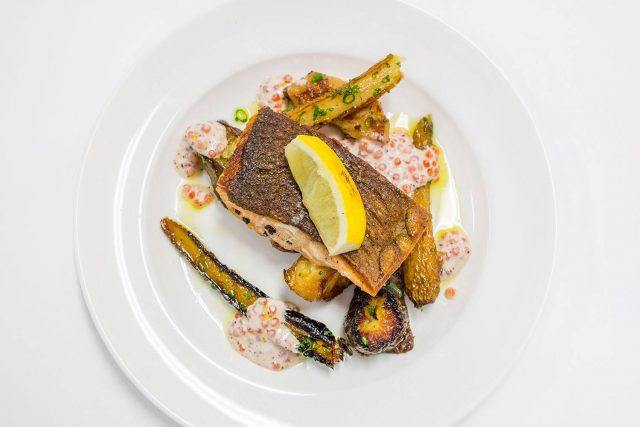 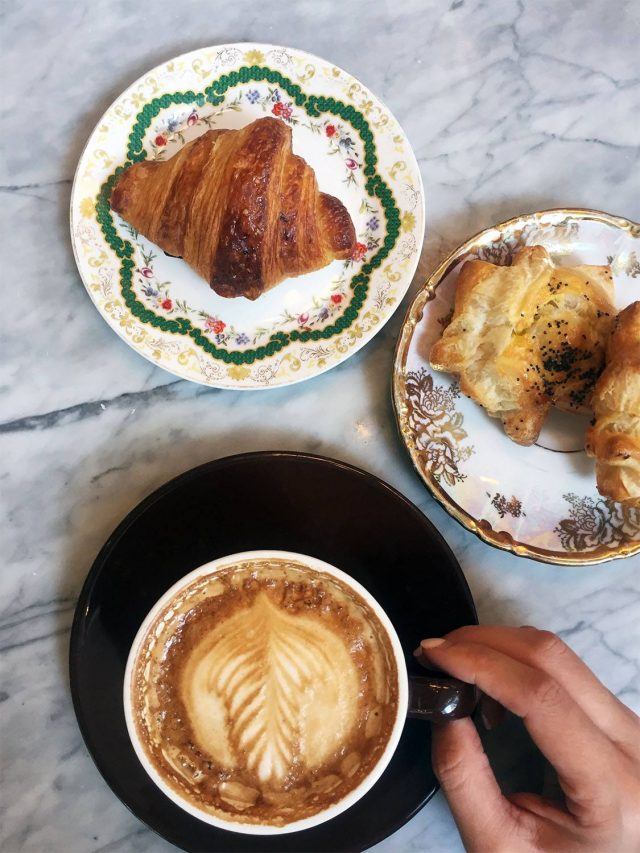 For Chef de Cuisine Ian Brown and Food & Beverage Director John Costanzi, delicious food has always been at the forefront of their lives. From helping out with their parents’ dinner parties to their very first jobs in restaurant kitchens, they have always known they wanted to be a part of the vibrant hospitality industry. At Shift, Chef Ian and John work closely to create menus that reflect the strong connection between food and place. Paying homage to Canadian cooking with an emphasis on authentic Prairie’s ingredients, they strive to execute confident yet down-to-earth dishes rooted in tradition. Whether it’s a hearty chicken pot pie or the crowd-favourite brown butter pierogis, John and Ian love bringing simple ingredients to life and giving every guest a memorable dining experience.

Originally from Seoul, South Korea, Suyeon Myeong studied cooking at Le Cordon Bleu in Ottawa. After graduating, she was hired at ByWard Market’s Courtyard Restaurant, where she met her future business partner and husband, Jonathan Harris. After four years, she moved on to a Sous Chef role at the historic Wakefield Mill Inn in Québec.

In 2015, Chefs Suyeon and Jonathan teamed up to open Tante Carole in Québec’s Gatineau Valley. A 34-seat gem, the rustic farm-to-table restaurant quickly became a critical darling. After catching the attention of Bell television producers, Chef Jonathan appeared in an episode of “24 Hours of Food” with Chef Michael Bonacini, founder and partner of Oliver & Bonacini Restaurants. When Chefs Suyeon and Jonathan closed Tante Carole, they jumped at the opportunity to move to Ontario to join Oliver & Bonacini, where Suyeon landed in the role of Chef de Cuisine at Beaumont Kitchen.

Now, as Chef de Cuisine of Shift Restaurant in Saskatoon, Chef Suyeon is ready for the new challenge of crafting creative Canadian dishes driven by seasonal and local bounty. Back to working alongside her husband, Remai Modern and Shift Executive Chef Jonathan Harris, the pair is looking forward to collaborating over menu development, recipe testing, and more.

As a passionate self-taught chef, Jonathan Harris always knew he wanted to cook for a living. Growing up in Buckingham, Québec, he spent much of his free time cooking in his grandmother’s kitchen after school. At 18 years old, he moved to Western Canada and began working for Cactus Club and Earl’s Kitchen + Bar, moving from dishwasher to Sous Chef.

Upon moving back east to Ottawa, Chef Jonathan spent three years honing his skills at Zen Kitchen, where he participated in two Gold Medal Plates competitions, earning silver on both occasions.

In 2011, Chef Jonathan joined the team at The Courtyard Restaurant in Ottawa’s ByWard Market, where he met his future wife and business partner, Suyeon Myeong, who was working as Sous Chef at the time. After four years at The Courtyard, Chefs Jonathan and Suyeon took the plunge and opened Tante Carole, their farm-to-table restaurant in Québec’s Gatineau Valley. Following positive reviews and critical praise, Chef Jonathan was asked to appear in “24 Hours of Food” with Chef Michael Bonacini. Impressed by Chef Michael’s warm and professional demeanour, Chefs Jonathan and Suyeon decided to close their restaurant and join the Oliver & Bonacini restaurant group.

As Executive Chef of Remai Modern and Shift Restaurant, Chef Jonathan is committed to executing a menu full of flavourful, diverse dishes inspired by local and seasonal ingredients. As an avid outdoorsman, he is excited to bring his wild roots to Saskatoon’s urban environment while highlighting the region’s natural treasures – from sea buckthorn berries to Diefenbaker trout. Still working alongside Suyeon, who will serve as Chef de Cuisine of Shift Restaurant, the dynamic husband and wife duo continue to challenge and inspire each other to new culinary heights.

If your requested reservation time is unavailable, please call us at (306) 978-8954 and we will do our best to accommodate your needs.

What to Expect When You Dine with Us

We ask that you please review our dining protocols before joining us to ensure a seamless experience for you and your party.